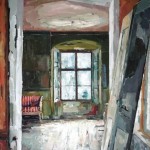 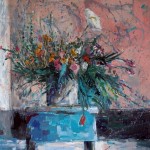 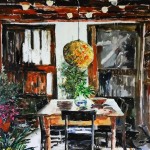 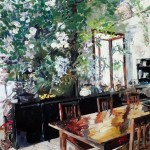 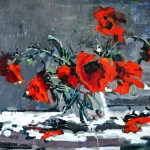 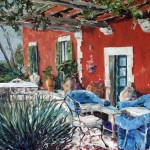 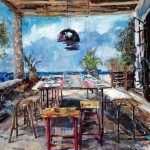 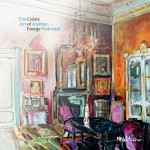 Energy of the Art

Andrea’s source of inspiration is full of dreams about the twinkling magic, joy and relativity of life. Always searching for the light. Touched in heart and soul by the passion and works of Gauguin and Van Gogh. Leading galleries, including New York, Tokyo, Geneva, Singapore, Berlin and Milan show Padovani. The Obsession of Art represents Padovani exclusively in Europe.

Characteristic of the Art

In an attempt to describe Andrea’s work in a Fast Ball Pitch, we use the following characterizing description, based on the IMU-principle.
The work forms an even pure as magnificent manifestation of the IMU- principles:
• Inspiration
• Mastership
• Uniqueness
Andrea’s core inspiration drives him to show the world the mirror of optimistic relativation as a true and impressing contribution to the development to a better world.
His theatric-impressionistic work, all oil on canvas, show his mastership overwhelming. His superb mastering of all competences involved allow him to dream while expressing himself in general and his ideals in particular, on the canvas.
Andrea proved to be prepared to put almost unlimited efforts in his growth as a human being and as the artist.
From his unique Being, Andrea perceives the world and mankind in a unique way, creating an internal image of sparkling optimism, hope and joy!. His works radiate those values in a complete irresistible way, challenging the light in each and every heart producing the smile on everybody’s lips

Headlines of the reactions of people visiting the exhibitions and buyers can be earmarked as follows:

Since 2000 The Obsession of Art designs and organizes every two years a Padovani solo show. Alternating the ‘Grand Solo (Extended)’ with the ‘Regular Solo (Limited)’. All solo shows are introduced with an intensive marketing communication program. The results of the shows can be marked as ‘very successful’ in terms of profiling and positioning the name of the artist and the ROI. The Obsession of Art participates regularly in professional Art Fairs in The Netherlands and the Benelux, introducing Padovani’s work in an wider market area, including Europe. Throughout the years the attendance and sales during those exhibitions continue to built a community of serious fans in countries like: Germany, The Netherlands, Switzerland, Italy, and more.

2012 solo show at the Barrister’s Lounge Vancouver Courthouse
THE OBSESSION OF ART, The Netherlands

2009 solo show in Bergen-Amsterdam THE OBSESSION OF ART.
As well as participated in a multi-artist show in Seoul-Korea at Hun gallery and Gallery Meepyung.