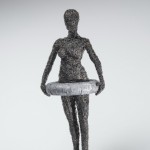 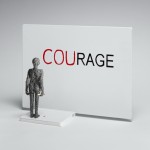 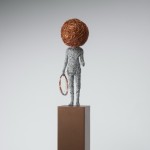 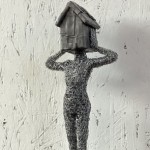 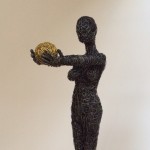 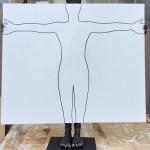 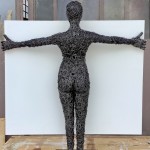 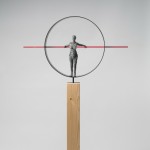 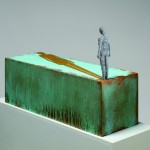 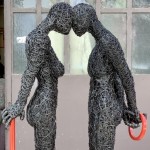 From 2005 Pozzoli’s figures begin to rise in dimension: he creates some colossal heads and half length portraits, several meters high.

From 2007 he starts a contamination of his works, inducing the oxidation of the wire by rain.

In 2008 his personal exhibition “OVERSIZE” (Montrasio Arte Gallery, Milan) was accompanied by the precious photos that the supreme Maestro Gianni Berengo Gardin took while the young artist  was sculpting in his studio.

In 2009 Pozzoli lived and exhibited in New York for three months, at the Artists Residence HSF. He came third at the Premio Artivisive San Fedele in Milan. He appears in the catalogue “Gianni Berengo Gardin – Reportrait”, as one of the cultural figures of the XX century portrayed by the renowned photographer. This catalogue was correlated with an important exhibition that took place at Palazzo Penotti Ubertini (Orta San Giulio, Novara, Italy).

In 2010 the Austrian photographer Andreas H. Bitesnich took some pictures of Fabrizio Pozzoli among his big sculptures.

Fabrizio Pozzoli has shown his works in Europe, America and Asia.